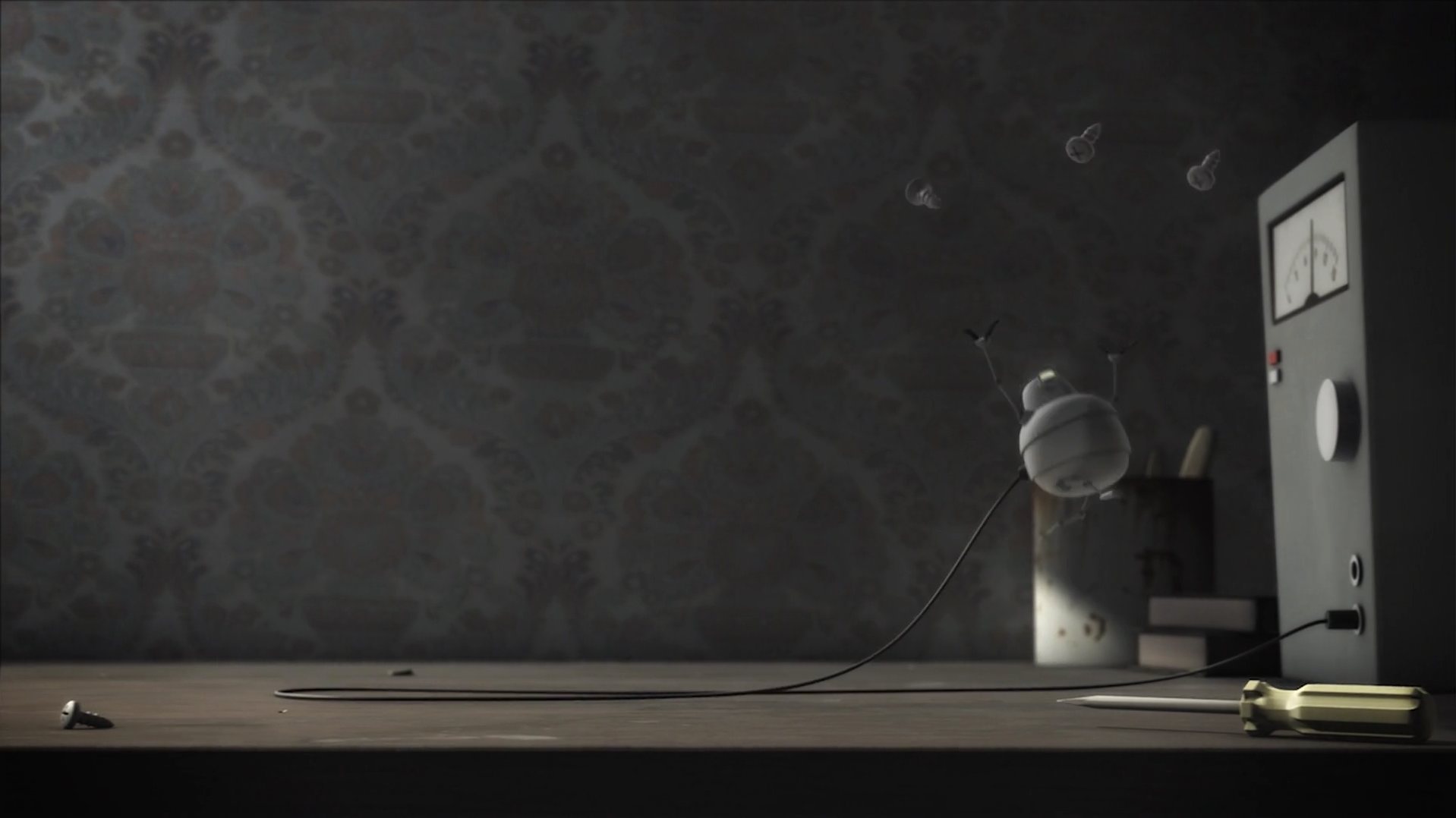 Directed and animated by Luke Randall.

Reach is a three minute short that shows a story of a robot who is brought to life, and only wants to do one thing: go outside.

This was one of the first short films that I saw (four years ago), and really stuck for me. It’s very cute, and tells the emotions of the robot and the boy with zero dialogue.

For example: the way the boy’s hands droop in disappointment when he’s interrupted with the robot and has to go to school. Also when the robot is frustrated and his lens makes a little triangle at the top, like narrowed eyebrows. The score is also great, changing when it switches to the robot’s perspective, and rising near the end to add excitement.