I had the huge privilege of having “GIFTS” be accepted into National Film Festival for Talented Youth (NFFTY) this year.

NFFTY is the largest international youth film festival in the world, based in Seattle, WA. It is a four day festival, filled with speed networking, panel sessions, film screenings, Q&A with filmmakers, and parties. It really is an awesome event for youth filmmakers. This was my first year at NFFTY, and my experience was beyond fantastic.

My friend Laura (who played the character “Jan” in GIFTS) and her mom made the trip to NFFTY with us. We had about a 6 hour flight to Seattle. Originally I thought this was long, until I started to meet people at NFFTY from Hong Kong who had 14 hour flights, and people who made the trip from Australia. I can’t even begin to image that long of a flight. 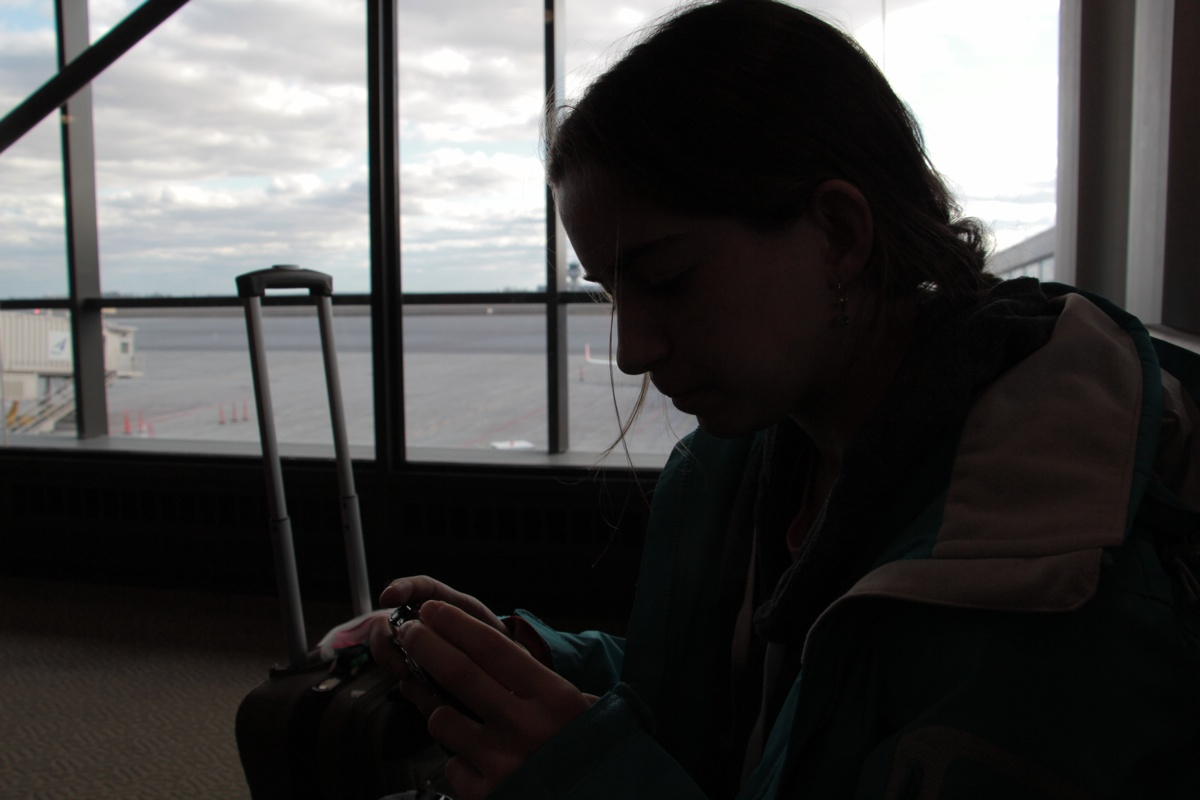 Waiting in the airport with Laura 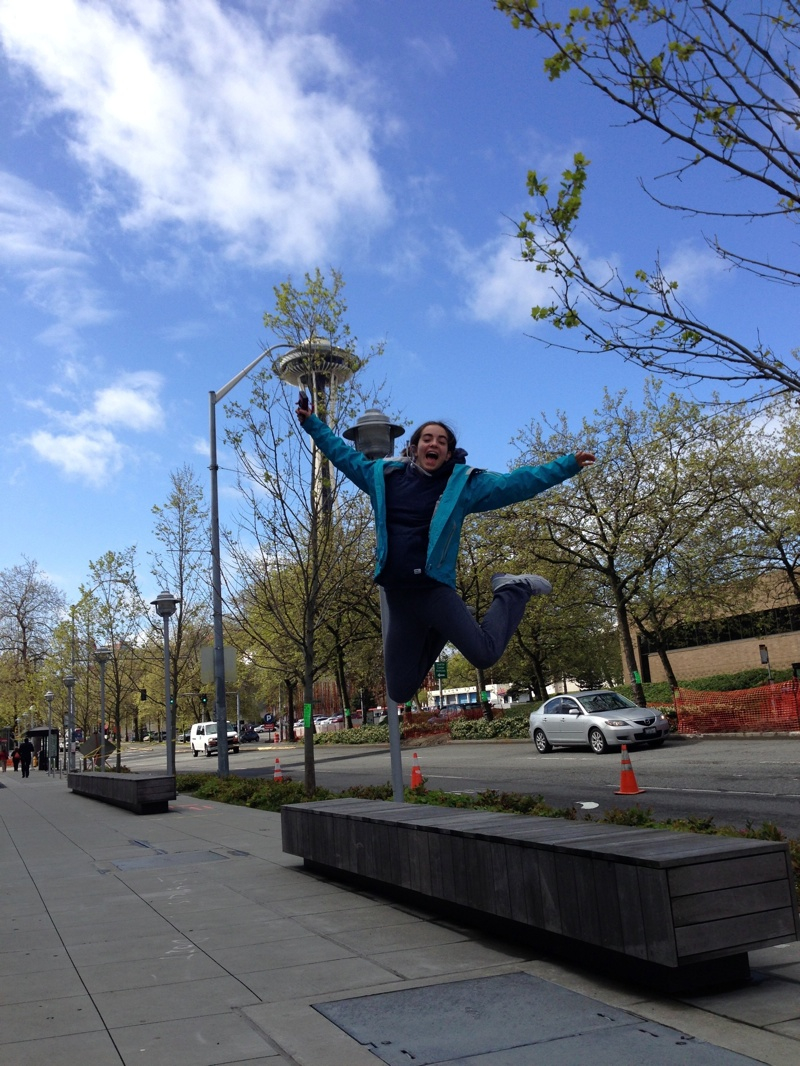 Since I arrived in Seattle Wednesday night, Laura and I had part of the following day to do some exploring around Seattle. We didn’t really get to see much, but it was still time well spent.

The Opening Night Gala and the After Party were both awesome. The evening started off with a red carpet entrance where I had my photo taken, and then brief conversations and networking with others before the opening night films.

I attended a panel session on Friday, where producer Adi Shankar spoke about his experiences as a (young) producer on films such as Dredd and The Grey. I also attended a panel session with Danish filmmaker Kræsten Kusk, who talked about the value of incorporating aspects of your own personal stories into films, and he illustrated this advice with clips from his films. 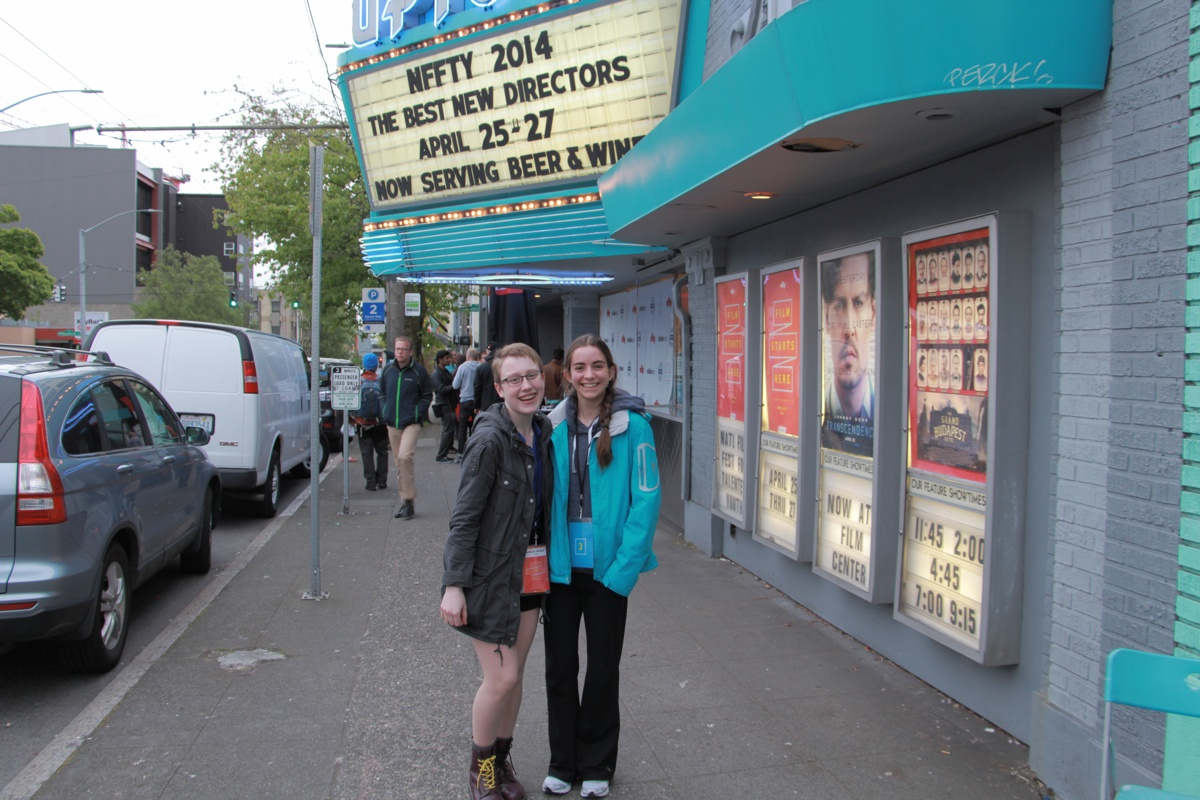 Morgana and Laura outside SIFF Cinema

GIFTS was screened in the “Edge of Your Seat” category late on Saturday night, alongside impressive thriller/horror short films from around the world by filmmakers aged between 18-22.

I was shocked and excited to win the the Prodigy Camp scholarship award. And then, to also be awarded “Best Emerging Female Filmmaker” award! You can clearly see (in the pictures below) the mixture of shock and awkward excitement on my face. So please excuse that.

Check out the NFFTY Flickr gallery for photos from each day of the festival and the parties, as well as photos from previous years. 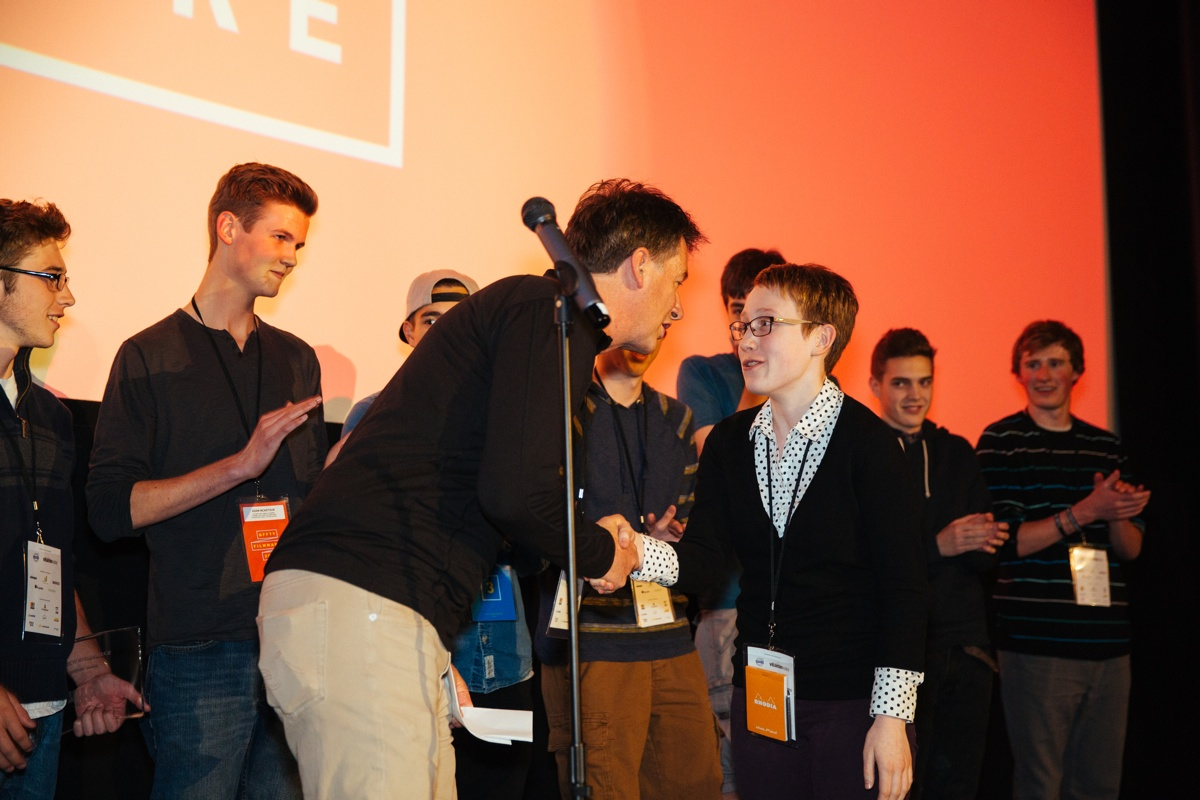 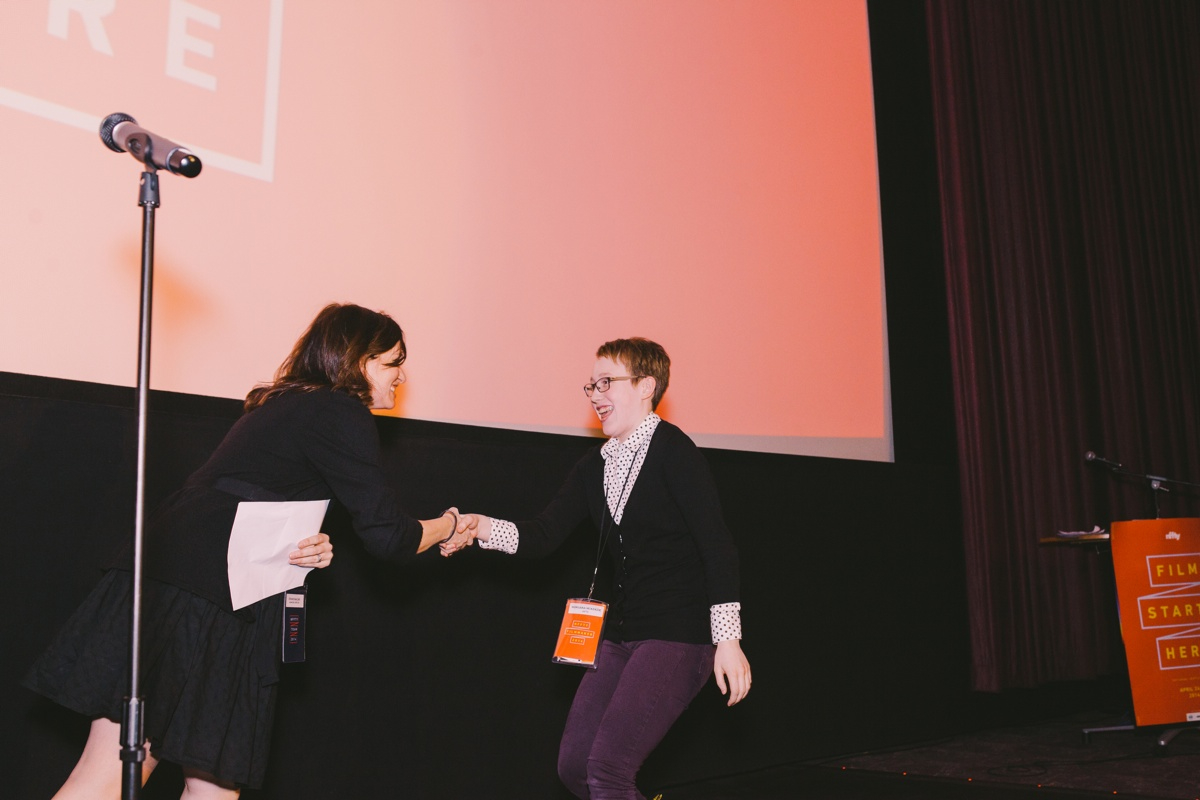 I was really happy to meet Danielle Payne, the Australia-based 19-year old director of “Wonderlost” presented in the Afternoon Eclectic category. You can watch Wonderlost on Danielle’s Vimeo page, along with some of her earlier work such as the short film “My Friend Charlie”. I’ve been following Danielle on Vimeo for a couple years, but it was wonderful to finally meet her and chat. 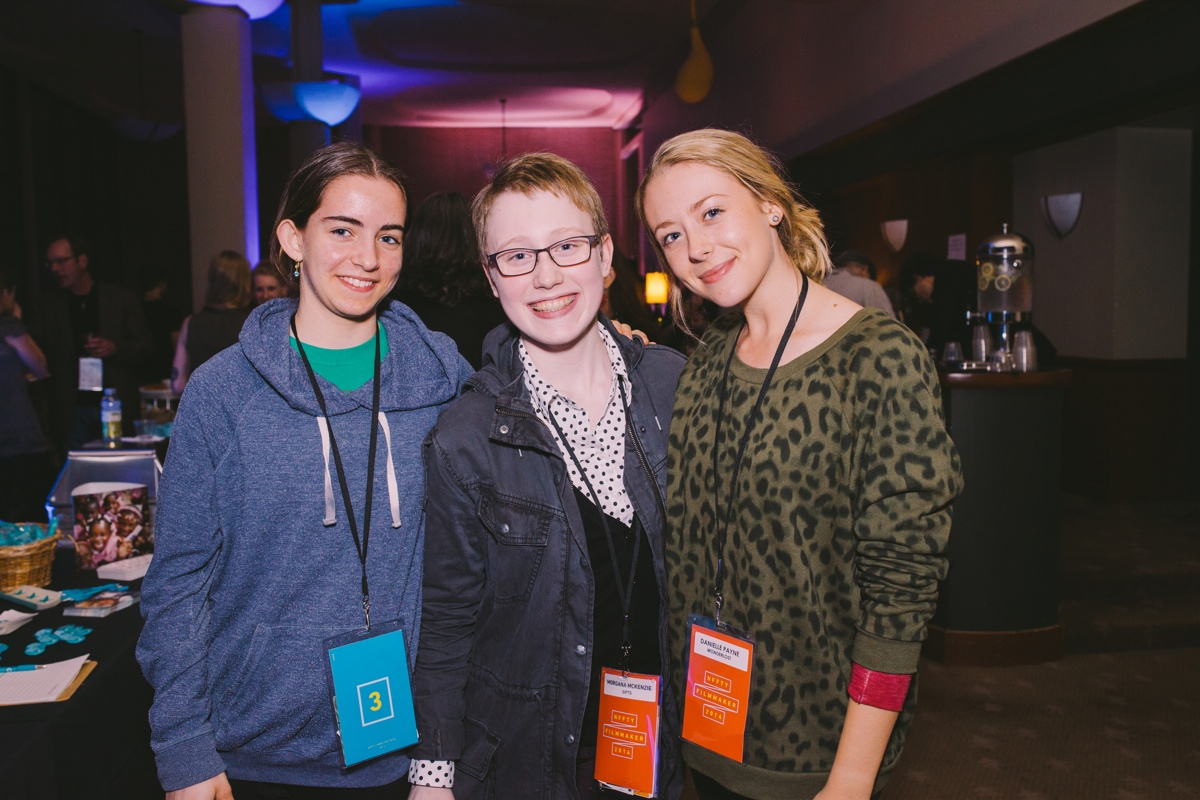 Laura and Morgana with Danielle Payne 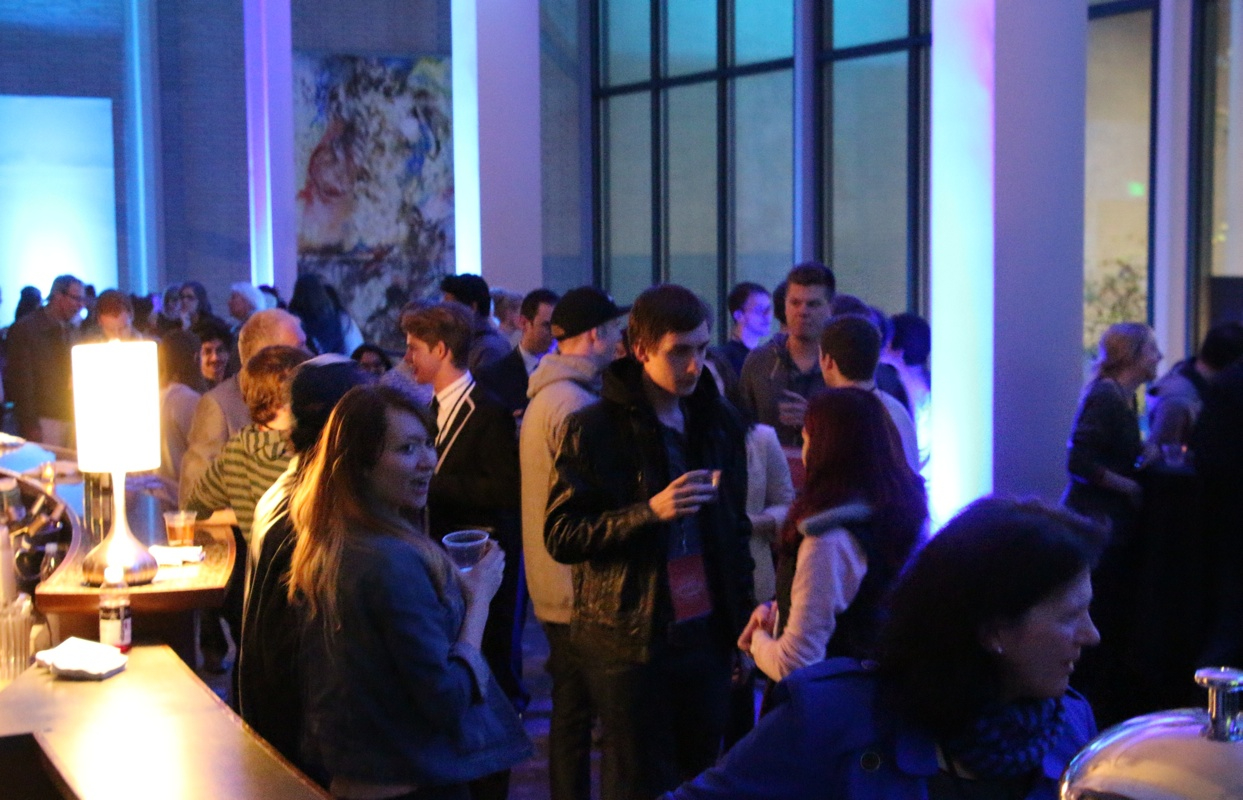 Mae Catt is a writer/director I met after the GIFTS screening on Saturday night. I didn’t get an opportunity to see her film “Sam’s Story” when it was presented during the festival, as the screening categories overlapped and I had to make choices about which categories to attend. There were always films I regretted missing. But Mae did arrange for me to see “Sam’s Story”, and I loved it. Mae and I reconnected on the final after party on Sunday evening, and I got to hear about her experiences as a young female independent filmmaker. 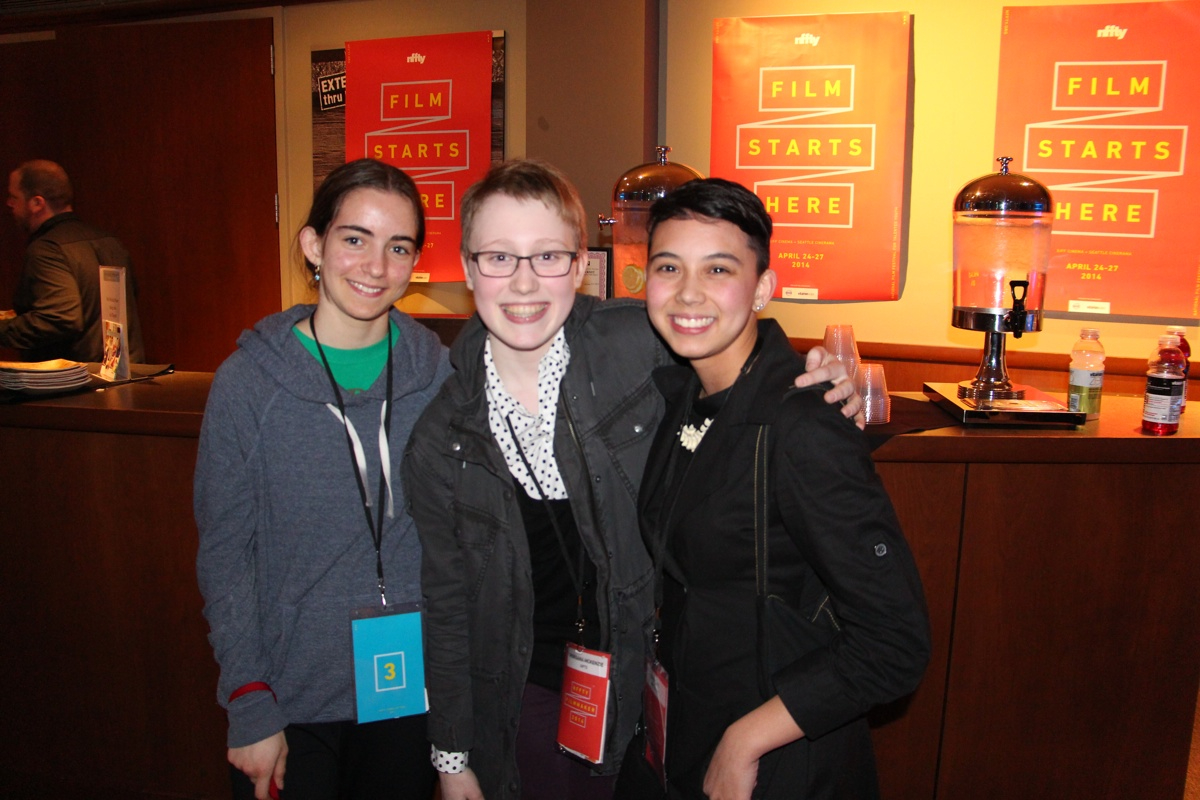 Laura and Morgana with Mae Catt

NFFTY completely exceeded my expectations, and my expectations were already high. I was super-excited to go, and kind of bummed to leave. There were so many great films, and so many talented filmmakers. I can’t wait to work with some of you talented folks in the future. Thanks to everyone who made NFFTY 2014 so awesome, and I hope I’ll be back next year. 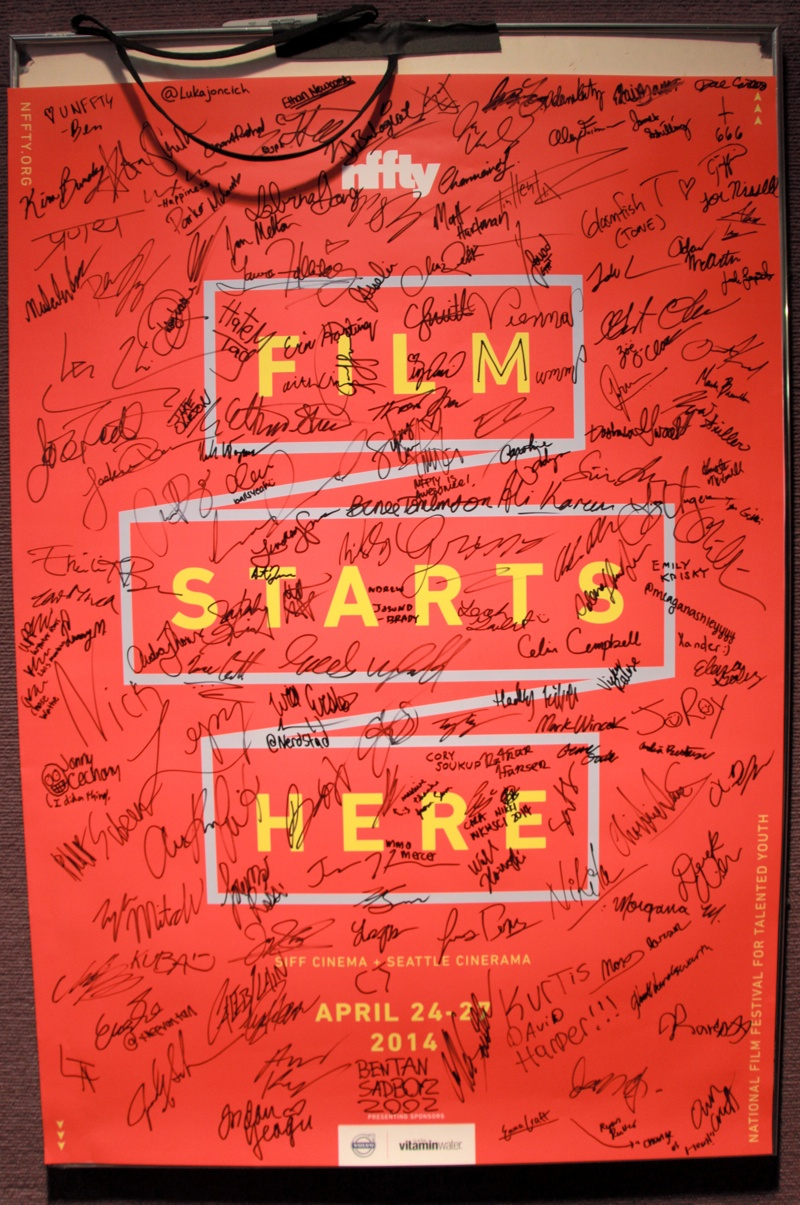