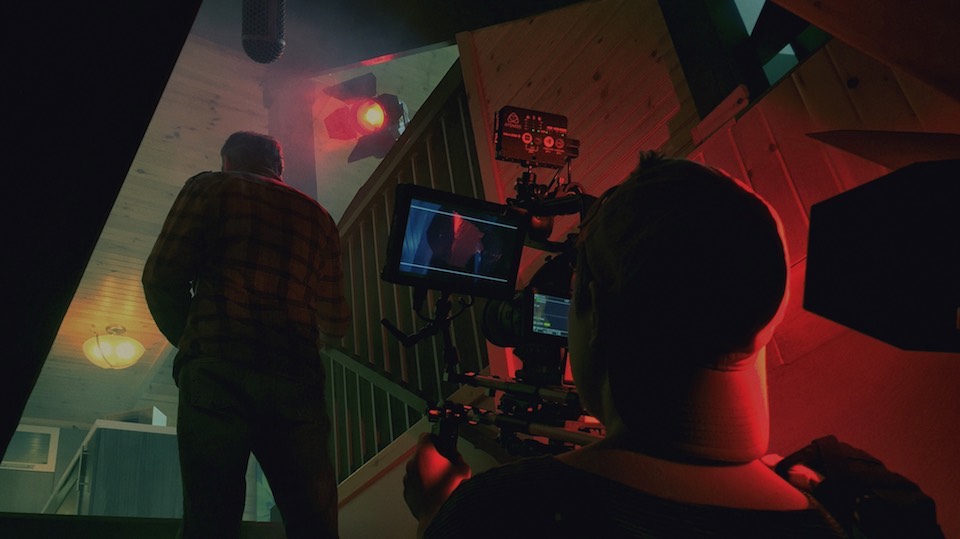 I had an amazing summer, filled with friendships and film work. I had planned to do a post talking about the highlights of my two month break, but I’ve been slammed with work ranging from Ellie work to home work. So until then, I have a brief update on the post production of Ellie, and some festival updates.

The Kickstarter campaign for Ellie was more successful than I could have imagined, bringing in $5,275, which was 175% over my original $3000 goal.

The 4 day shoot in Quebec was fantastic (and exhausting). It was a pleasure to work with my two actors Sebastian Labissiere and Jeff Lawson, and my crew were great. My good friend and fellow filmmaker Max Retik flew up from New Jersey to work as key grip, and to help me create the dramatic lighting setups I wanted for Ellie.

Grace Zanichkowsky is the youngest member of the Ellie cast (14 years old), and yesterday Grace met me at the sound-editing suite of SAW Video to capture her performance. The following is a short behind-the-scenes clip of the recording session.

My two current films “We All Go the Same” and “Kurayami no Wa” continue to do well in the festival circuit, screening at film festivals in Canada, the U.S., and far away places like Guam and England (BYFF and Thurrock). The ongoing list of screenings, awards, and any media mentions can be found on my “Screenings, Press, Awards” page.

This week Kurayami no Wa screens in the Youth by Youth Cinema (YYC) category of the Calgary Film Festival. The festival wasn’t able to program We All Go the Same in the YYC category because it’s a music video, so the wonderful festival staff offered to screen it in the main festival instead! It will screen twice, preceding the feature film “Keep in Touch“.

Both films screened at this festival, and I’m excited to share that I was awarded the “Best Young Filmmaker” award!

“We All Go the Same” won Best Short Film in the 13-15 year old filmmaker division!

I am extremely excited to be attending All American High School Film Festival this year in NYC. I was accepted to the festival last year with GIFTS, but ultimately couldn’t go due to timing on one of my shoots. Well, I have the chance to go again this year for We All Go the Same, and am taking it. I’ll be staying with pal and cool filmmaker Max Retik for the duration of the festival, so expect to see a blog post shortly after on our adventures in those three days. 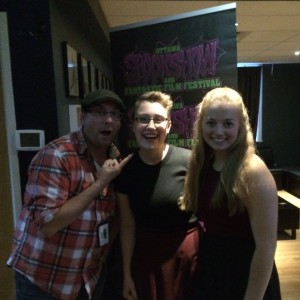 Next month I’ll be attending the Ottawa International Film Festival (Oct 16-18) which is screening both “We All Go the Same” and “Kurayami no Wa”.

Lastly, I’m honoured to have “We All Go the Same” screen at the “Lights! Camera! Cure!” event on October 22nd, in support of cancer research and the Ottawa Regional Cancer Foundation. Visit the website for more details and tickets. I look forward to seeing you there!