Festivals, Kurayami no Wa, and an Unnamed Music Video 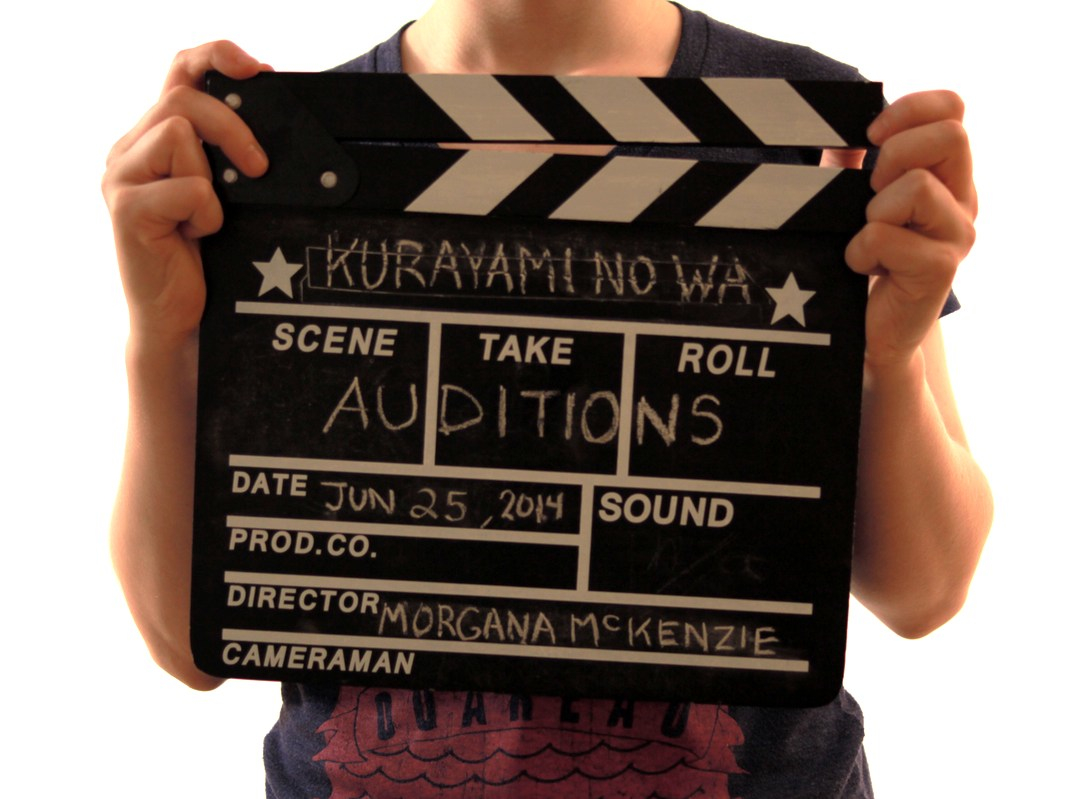 Morgana is away (on her own) for the month of July, and this week she is attending Prodigy Camp outside of Seattle on a scholarship she won at NFFTY. So I (her dad) am tasked with keeping her website and social media engagement going until she returns. My first order of business? To round-up all the news from the past month…

ASK Film Festival – This high-school film festival, in Kosovo, ran over a weekend in April. We knew that GIFTS was part of the official selection, but only recently did we learn that GIFTS won the festival’s “Best Editing” award!

SAW Video is a local (Ottawa) not-for-profit organization that supports filmmakers with resources such as workshops and equipment rentals. Back in the March break, Morgana attended an Advanced Production Tools workshop to learn how to use a dolly and crane; tools she intends to incorporate into her upcoming short film “Kurayami no Wa”.

Just before departing to Seattle for NFFTY in late April, we discovered that SAW also offers funding and services to filmmakers through several grant programs. When we discovered this in late April, the next grant deadline was May 1st, only days after we would return jet-lagged from our stay in Seattle. We encouraged Morgana to submit a grant application for “Kurayami no Wa”. We figured that winning a grant was a long-shot, as the grants are not specifically earmarked for youth filmmakers.

If Morgana did receive a grant, the funds would help to offset the cost of renting the advanced production equipment necessary for Kurayami no Wa. Plus, SAW grants also include access to workshops and production mentors. Regardless of whether she was ultimately awarded a grant, Morgana agreed that the experience of writing a grant application would be valuable on its own. Morgana authored parts of the grant application on the plane trips to and from Seattle, and after a few late nights and assistance from mom and dad on the budget component of the application, it was delivered on the deadline day.

Fast forward to late June, and we were all completely shocked to learn that Morgana has received a SAW Video “JumpstART Mentorship Grant” which includes a wonderful combination of funding, access to services, and expertise. Every project Morgana undertakes is more ambitious than the previous project, and Kurayami no Wa will be incredibly challenging, with complex outdoor scenes to be shot in October and in the middle of winter. While I don’t doubt that Morgana would have managed without the grant, access to SAW resources during the production will help to de-risk the project and allow Morgana to push even further on some of her more challenging goals for the film.

Morgana is very thankful for the grant, and looks forward to working with SAW over the coming year.

Back in May, Morgana put out a casting call for the youngest role in Kurayami no Wa: a character she envisioned as a 9-10 year old girl. In addition to holding auditions for this role, she also auditioned a small number of Canterbury High School Drama students for the two primary roles.

Over several evenings, Morgana auditioned nearly a dozen people on camera in half-hour audition sessions. Each person was provided with a watermarked excerpt of the screenplay several days prior to the audition, and was asked to perform a monologue of their choice followed by a reading and performance of their part in Kurayami no Wa. Everyone was prepared, incredibly talented, and the process worked out really well. The lead roles, and many of the supporting roles, are now filled.

In addition to Kurayami no Wa, Morgana has been working on pre-production for a music video. Unlike performance-style music videos, this will be a narrative short film about three-minutes in length, interpreting the song lyrics within a dark fantasy setting. Morgana has kept quiet about this project, because she’s been working through the incredibly slow (and often frustrating) process of obtaining permission to use the music, and it remains unclear whether permission for use of the song will ultimately be granted.

Auditions for the cast of the music video happened at the same time as the Kurayami no Wa auditions, and the actors have been selected. Morgana is pushing forward with the production in hopes that permission for use of the song will be sorted out by the end of the year.

One thought on “Festivals, Kurayami no Wa, and an Unnamed Music Video”